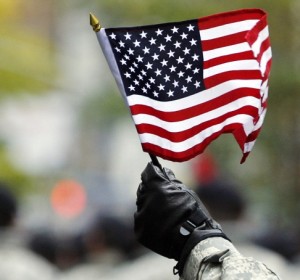 For a large percentage of the population Veteran’s Day is just another day off from work or school.  In actuality Veteran’s Day is so much more.  Is it a day to honor those who have served our country unselfishly and signifies an important day in our Nation’s history.
On June 28, 1919 the Treaty of Versailles was signed.  Fighting had ceased seven months earlier when an armistice, or temporary cessation of hostilities, was signed.  It was declared that this armistice would go into effect on the 11th hour of the 11th day of the 11th month and ended the hostilities between the Allied nations and Germany.
On November 1919 by President Woodrow Wilson commemorated Armistice Day with these words:  “To us in America, the reflections of Armistice Day will be filled with solemn pride in the heroism of those who died in the country’s service and with gratitude for the victory, both because of the thing from which it has freed us and because of the opportunity it has given America to show her sympathy with peace and justice in the councils of the nations…”
The United States Congress officially recognized the end of World War I in 1926 when it passed a resolution “calling upon officials to display the flag of the United States on all Government buildings on November 11 and inviting the people of the United States to observe the day in schools and churches…with appropriate ceremonies of friendly relations with all other peoples.”  Then in 1938, and Act was passed to make November 11th a legal holiday dedicated to the cause of world peace and to be celebrated and known as Armistice Day.
In the aftermath of World War II and the Korean War, the Act of 1938 was amended on June 1, 1954 and the holiday was changed from Armistice Day to Veterans Day in dedication to American veterans of all wars.  On October 8, 1954 President Dwight D. Eisenhower issued the first “Veterans Day Proclamation.”
So today, think not of November 11th as a day off work or school, but instead a day to celebrate and honor those American veterans for their patriotism and willingness to serve and sacrifice for the common good.  Take a moment to give thanks for what we have today thanks to those who sacrifice their lives on our behalf.
*information pulled fromhttp://www.va.gov/opa/vetsday/vetdayhistory.asp
Previous Post How Can Bad News Be Good Next Post Estate Planning for Adult Children?

This represents a partial list of clients. They have not been compensated and were not selected based on duration, performance, account size.