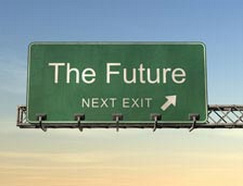 On one of my frequent trips to LA, I passed a house with a sign that said, Psychic Readings- Your future told. It would be nice if there was someone with a crystal ball or tarot cards to tell us want to expect for 2014. Unfortunately, there isn’t.

Each year around this time I shut my office door, have Julie hold all my calls and do a thorough market analysis to gauge the coming year. No crystal ball involved. This is all based on hard data in the perspectives with some insight to our thinking and show how we might react.

The first thing we are most concerned with is, “What’s around the corner?” There are many risks we have heard of: increasing interest rates, high stock prices, US debt, and the possible effects of Obama Care are a few examples. In some way, these risks are already priced in to assets that might be affected. Naturally, I’m most concerned about the things that haven’t happened, or more so, the things that haven’t even been considered. It’s the lion hiding in the grass that is always more dangerous than the ones you can see. While I presently don’t see any lions, I do feel the hairs on my neck rising.

Like other years, we seem to be in a world of two perspectives on the future of the markets. Perspective One is represented by large traditional economists (JP Morgan, Brinker, MFS), they are generally expressing cautious optimism. They realize the markets are valued fairly high, but they also give you reasons for additional growth. Generally, they expect low interest rates and low single digit returns from stocks.

Perspective Two could be called the “Market Statisticians” or “Trend Followers.” They believe that interest rates will be low for the first part of the year and raising in the second half. The interest rate rise is not expected to be large, yet short-term rates would be expected to rise the most. They call this a “flattening of the yield curve.” As the Federal Reserve slowly removes its stimulus, stock would become more affected by weak underlying earnings and fundamentals. Higher interest rates mean that corporations pay more for debt and this decreases earnings. We would expect stocks to become more volatile in the second half of the year. The Trend Followers worry about waves of stock price changes that would indicate that a large correction is coming. The idea here is that stock valuations tend to follow very long term cycles (100 years). Our recent high would represent the final high in the pattern before valuations eventually need to reset themselves much lower to reset the cycle. If this sounds mystical, the large traditional economist might agree with you. It’s a matter of whose perspective you tend to believe.

As much as the views vary, one can see a middle ground where partly both groups have validity: Interest rates rise, but not much. Stocks do grow at single digits yet with a significant correction in the middle of the year. If the correction is not large enough, the Trend Followers would just expect 2015 to be much worse. At Protection Point Advisors, we are pulling resources together to be prepared for both scenarios. However, in this case, we think the more pessimistic group is probably the right one. The US seems to be growing, but slowing, and it’s undeniable that there are a lot of scary possibilities globally. Keep in mind that profits are possible in any environment, so long as we stay nimble and flexible in regards from where those returns come.

Inflation is expected to stay low. The US simply doesn’t have enough demand to compete for resources. The threat of global deflation still lingers which tends to keep inflation in check. Commodities are expected to be weak.
Emerging markets seem to be a great long-term bet, but face many current challenges. Many of these countries have also benefited from our quantitative easing, since US dollars are used in settling their import/export trade. One fear in the background is how fewer US dollars in circulation might affect their cost to transact business. We’re also keeping an eye on Turkey. Their currency problems could be the beginning of something larger.

The US dollar is expected to weaken mildly through midyear and then strengthen during the second half. If the Emerging markets situation gets worse, the dollar could become much stronger.

These are my strongest and most thoughtful opinions on what’s to come in 2014. As always, please feel free to contact your advisor or me if you have any thoughts, questions or concerns. Know that, here at Protection Point Advisors, we are vigilant in watching the market trends to protect the hard work you have put into creating security for your family and the generations to come.

This represents a partial list of clients. They have not been compensated and were not selected based on duration, performance, account size.